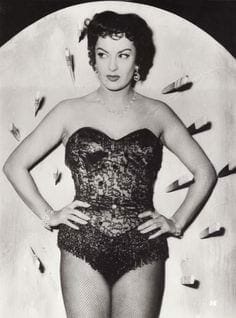 People do knife throwing for their own reasons.

Just an afterthought though: it is nice for you, as a practitioner, to know your own motivations for engaging in such an activity. Because from there, by the time you have gone past the basics, you can align your techniques to achieve your intended goal.

So Do You Want to Throw a Knife Like a Professional?

At this juncture, I am assuming that you are a beginner in knife throwing. We will go through the basics then proceed on how it is to throw knives like a professional.

As an onlooker, it might seem that knife throwing is all about how you use your eyesight and your wrist moving back and forth then in a swift motion the blade flies through the air and lands on the target. However, this is not entirely true. Knife throwing involves several principles most notably application on mechanics. Mechanics involves how our body and the environment are affected when force and displacement acts upon. In other words, knife throwing employs science.

What I am trying to say is that when you do knife throwing you have to keep in mind the position of your body in relation to the distance from the intended target as well as the rotation of the knife when in flight among the few others.

Anyhow, let us go over the basics of knife throwing.

Knowing What Type of Knife Suits You

As a beginner, you need to first choose what type of knife you are most comfortable with. There are several types of knives available in the market but for first time users a blade-heavy knife and/or handle-heavy knife are good options.

Choose The Most Comfortable Grip

The next step would be choosing which grip is suitable for you. Most knife throwers emphasize on choosing a grip you are comfortable with such as the hammer grip, blade grip and pinch grip.

For the hammer grip, you grip the handle as if handling a hammer and the same applies for the blade grip but you are holding the grip instead. On the other hand, the pinch grip is putting the tip of the knife between your thumb and index finger.

Try out all of these grips and settle for which one you are relaxed with. Once you find which of the three you want to use, the next part is establishing your stance.

The Stance Is Important

To know which stance to go by, you have to identify which arm is your dominant. Your dominant hand and arm determines your stance.

The key to mastering the basics is to practice rigorously. We humans are creatures of habit and knife throwing relies on how our brains coordinate with our muscles to create a memory on automaticity. Once I have established that this grip and this stance will allow me to land my knife on my target then the subsequent throws will come naturally.

Put The Theory Into Practice

Knives would naturally turn, top to bottom, while zooming through the air. Before you throw your knife, you need to calculate for this particular distance against the target, how many rotations will my knife have before hitting it?

The key to mastering this kind of analysis is practice. I emphasize this very much that the best road to becoming a professional knife thrower is by simply doing the activity repeatedly. First try three meters, measured starting from your rear foot, and throw your knife. If the knife does not stick to the target, try moving back one meter.

Go for this again and again until you find a personal “sweet spot” or the distance between you and the target wherein you feel comfortable throwing your knife. At the same time, the knife will squarely land on your intended target.

While you are at it, this is the time to take into account your throw. The way you throw will also dictate the trajectory of your knife. This is where mechanics comes into action or physics if you want to call it as such.

Earlier, the grip and stance has been discussed as well as the optimum distance to make sure that your knife hits the spot. Now, I will discuss here about the proper way of throwing your knife. Before throwing your knife, your body should be relaxed, grip firm yet gentle, and stance is done appropriately. Your eye, knife and target must align while you make your aim.

Throwing Consists of Three Parts: before, during and after

In the first part, you bring the knife behind your head and you slightly rock your body backwards while aiming. Then you bring your body forward and thrust your right arm along with the momentum of your body. Lastly, do not forget to follow through the movement. The tip is to you should be swinging your arm like cutting an imaginary watermelon in front of you.

In throwing, there are several styles that can be employed. However there are two general terms which can encompass these techniques which are the spin and no spin techniques. Personally, starting off knife throwing using the former is a good and then after mastering it, we can move on to the latter.

For the no spin techniques, styles such as underhand throw can be used. The good point of this technique is that the knife does not make rotations, making it easier to assess the trajectory of the blade when it is in flight.

Personally, the underhand throw is one of the easiest to learn. Most of the time, the blade will stick to the target and there is plenty of power with this throw. Aside from the relative ease at learning this throw, one of its best points is that during the draw, you can throw a tip-down carry blade straight away and with the assurance that it will hit.

So from all what I have shared about from the basics and the importance of persistent practicing, you should also take note of safety when practicing. It is no good if you injure yourself and worse, others while engaging in this activity.

Do you throw knives regularly or are you just starting to learn knife throwing? Drop us a comment below and tell us what you think about knife throwing and share your tips.