Slingshots may be small, and some would even say “toy-like,”yet, they are more than meets the eye. When people think of slingshots, they often imagine the classic Y-shape wooden frame and thick rubber bands that shoot rocks and marbles for ammo. However, slingshots have a long history of innovation, and are now made for serious shooting. There are various types of slingshots that have been redesigned for recreational purposes, self-defence and hunting games. If you’re looking to invest in a slingshot, it’s important to understand the different types of slingshots available to help you find the one most suitable for your needs. This article will give an overview of the various slingshot types you’ll find on the market, and details that will help you determine which will be the best for you.

The traditional slingshot that most people are familiar with is the Y-shaped frame with rubber strips attached to the two forks. Earlier slingshots were handmade with wooden sticks or sturdier wooden frames. They were often made with vulcanized natural rubber, which was invented in 1839. Slingshots became commercialized around 1918 when manufacturers started making more durable frames. Some of the first models made by Zip-Zip had cast iron frames.

Today, you’ll find that slingshot frames are primarily made out of wood, plastic and metal. Wooden frames are less common for tactical and hunting slingshots because they do not last long in outdoor environments since they’re easily damaged by rain or snow. If you opt for a wooden slingshot for recreational use, be sure to find a laminated wood frame for extra durability. Plastic frames are the most economical choice, but they come is varying degrees of quality. One of the most durable options you’ll find are glass filled nylon frames.Metal frames will be your sturdiest option and they weigh less than wooden or plastic frames. They’re often more expensive, unless you find an aluminum or steel slingshot with ergonomic foam or plastic handles.

When it comes to hunting, traditional Y-shaped and wrist supported slingshots will allow you kill small game. But, to go the extra mile and hunt bigger game, there are slingshots that have been modified to shoot arrows. They’re also known as slingshot bows or slingbows. The main difference with slingbows is that they include an arrow rest and arrow nock. Arrow rests, such as the whisker arrow rest, hold your arrow in place and allow you to shoot with a high degree of accuracy.

It’s also important that your slingshot bow is made with strong powerbands that have a heavy draw weight and arrow nock to support arrows that are long enough for your slingbow. To find arrows that are the proper length for your slingshot bow, hold the slingshot an arms-length away, draw the bands towards your eyes, and measure the distance between the arrow rest and your eye. Be sure to add a few inches to the measurement to ensure that your arrows aren’t too short in case you overdraw. An arm support and ergonomic handle are other important features to keep your arm steady and for better aim.

Slingshot bows are a compact alternative to traditional hunting bows and crossbows, and offer you more shooting power to kill larger game. They’re also lightweight and easy to transport for extended hunting trips. Most slingshot bows can be converted into normal slingshots by removing the arrow rest and using other ammunition such as steel balls and stones.

The type of band you have on your slingshot can also help determine what it’s best used for. The two most common band types are rubber tubing and flat bands. Rubber tubing comes in a wide range of thickness and diameters which allows you to find the tubes most compatible with your slingshot frame and desired draw weight. Compared to flat bands, rubber tubing is more durable and lasts longer than flat bands. The best hunting slingshots will be made with rubber tubing because they can hold up well on extended trips. Flat bands work well for slingshots used recreational or for self-defence. They have a rapid snap-back which gives you faster projectile speeds. Compared to rubber tubes, they’re easier to draw and can project ammo more quickly. The downside with flat bands is that they tend to wear out faster than rubber tubing.

Slingshots are versatile because they can be used with a wide array of ammunition, such as steel balls, lead, marbles, stones and even arrows. When used recreational, they are great pieces of equipment for target practice, and can be easily carried around for self-defence purposes. Slingshots have also become a popular hunting weapon because they are compact and weigh less than firearms or hunting bows. Before you invest in a slingshot, be sure to assess your intended purpose(s) and the different types of slingshots available on the market. From there you can find a slingshot that will be the right fit for you. 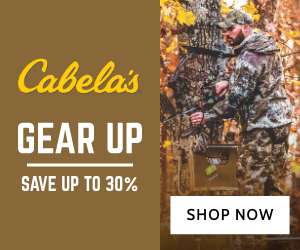